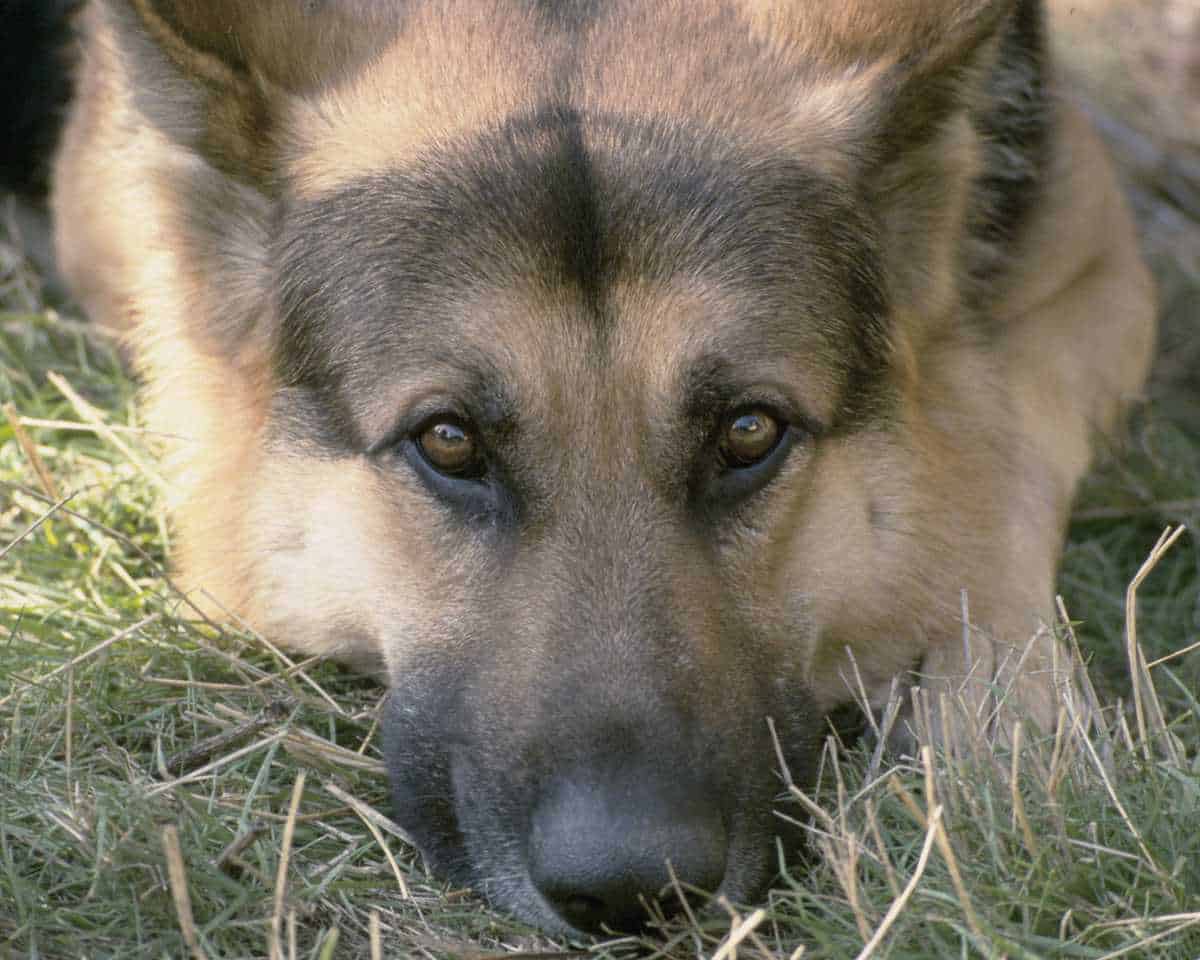 While camping at Campground By The Lake, in South Lake Tahoe this last July, we saw an unusual German Shepherd dog attack that made us think what if.

If you camp, you know that a large number of campers bring their dogs during their travels. Some are large dogs, but many are small dogs and this combination is what caused our what if situation.

Before we get started: I have nothing against camping with German Shepherd dogs. I have worked with some very smart and dedicated German Shepherd Police Dogs over the years. This incident with red flags could have happened with any breed of dog, to make you think about a what if dog attack.

My family and I were camping for two weeks and a couple from Nevada were camping across from us with their grandchildren and two German Shepherd dogs. We noticed some red flags about these dogs and those flags turned out to be right.

Here are some of the red flags:

There were two untrained and unmuzzled adult German Shepherd dogs together.

These dogs barked at everything that walked by while pulling on their leashes. This was especially true if there were other dogs being walked by their owners.

The Shepherd owners did not have good physical control of the dogs and could not command these dogs to stop barking.

One time a large man and his wife were walking their small breed dog by the German Shepherd campsite and as usual the dogs jumped up barking and ran to the end of their short leashes. This time something went wrong with one of the leash collars.

One of the German Shepherd dogs pulled so hard that a heavy duty dog collar chain pulled apart, allowing the dog loose and to viciously attack the small breed dog. The small dog owner tried desperately to pull the dog away while attempting to keep from getting bit by the snarling German Shepherd. There was dirt and dust everywhere and it was hard to see. After about fifteen seconds, a long time during a dog attack, the German Shepherd owner was able to grab the neck of his dog and pull him off. After the small dog owner had his heated say, he left and continued to the campground gate house to report the incident.

Amazingly neither the dogs or dog owners had any injuries that needed treatment.

The German Shepherd dogs were evicted from the campground, but before he left, the owner showed me the collar that had failed to hold the German Shepard.

This collar was a heavy duty large dog chain with welded end rings. One of those welds was apparently faulty, as the ring had been pulled straight from a circle shape.

So here are the what ifs I came up with:

What if it was a small child walking with parents, or walking the dog.

What if the Shepherd owner was further away and could not quickly get to his dog.

What if both Shepherd dogs had gotten loose.

But the real question is; what if you had been walking with a child or your dog? What would you have done?

If the small breed dog owner had animal repellent pepper spray he may have stopped the attack as soon as it started.

I’m sure there are more what if statements that could be brought up, but the main point is to be prepared. Many people walk a dog for protection, but maybe we should return the favor by having a method to protect our dog(s) too!

We have some prevention tips on our blog Dog Attack Prevention . It is much better to try to avoid an attack than to try to break one up. Doing so without injury, as above, is rare because when a dog is in fight mode, they don’t think about what or who they are biting.

Have a good day and be safe out there!