Manteca is a city in San Joaquin County, California. I have lived here all my life and have seen the city population grow from less than 8,000 people to near 75,000 people today.

We enjoy a low crime rate here, which is amazing to me considering we live 12 miles south of Stockton, California; a city with a high crime rate. I have to credit the Manteca police department for their diligence and proactive ideas to help keep crime down. Unfortunately, crime does happen here, as it does everywhere.

What makes this time in Manteca history most unusual is that there have been two shootings near city parks and elementary schools within two and a half weeks of each other. This article is about the second shooting.

While awake and reading in the very early morning of Labor Day, September 1st, 2014, I heard a series of shots loud enough to startle my wife awake. A few minutes later, sirens approached and I knew this was not leftover fireworks. 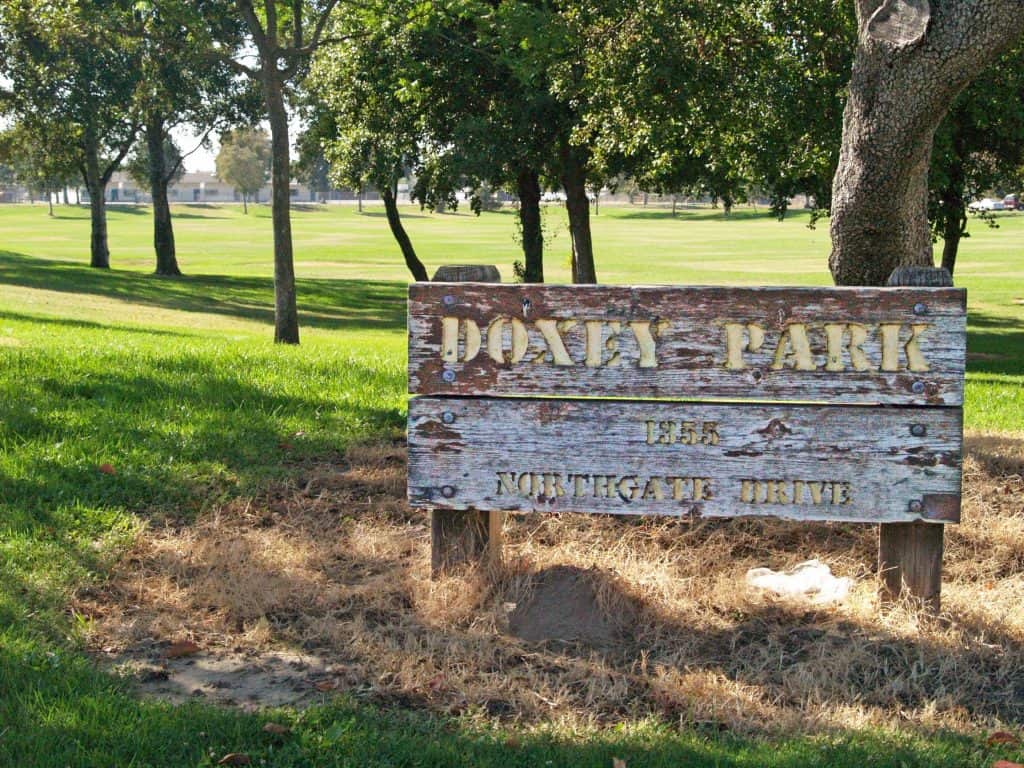 A couple of blocks north of our home is Doxey Park, which is in a Northern Manteca middle class neighborhood. It was and still is known as a very nice and friendly park. Three sides of this block long park are single family homes. Adjacent to the west end of the park is George McParland Elementary school, and East Union High school sits just a few blocks the east. 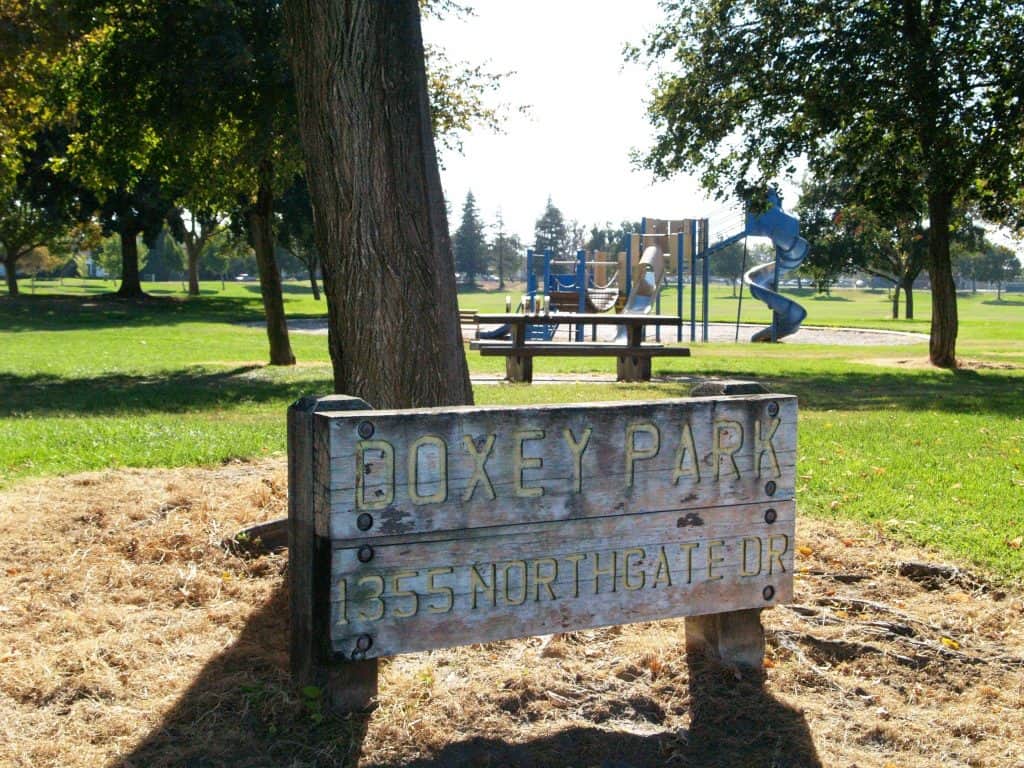 Students from both schools walk through and past this park everyday and it is not uncommon to see people in the park with their children playing sports or on the playground equipment. I have even seen a few students settle their differences in the park after school with a small crowd of fellow students eagerly watching. Most of the time these clashes didn’t get much further than an argument before the police arrived. Only a few people are sometimes seen in the park at very late hours of the night, but the first hour of this Labor Day morning shocked and changed this neighborhood.

What I didn’t hear that morning was people arguing. That argument led to the series of gunshots I had heard. When it was over, a 16 year old boy lay dying next to a picnic table and a 19 year old man that had been shot was near a park sign. At the time of this writing, no suspect information has been released to the public. 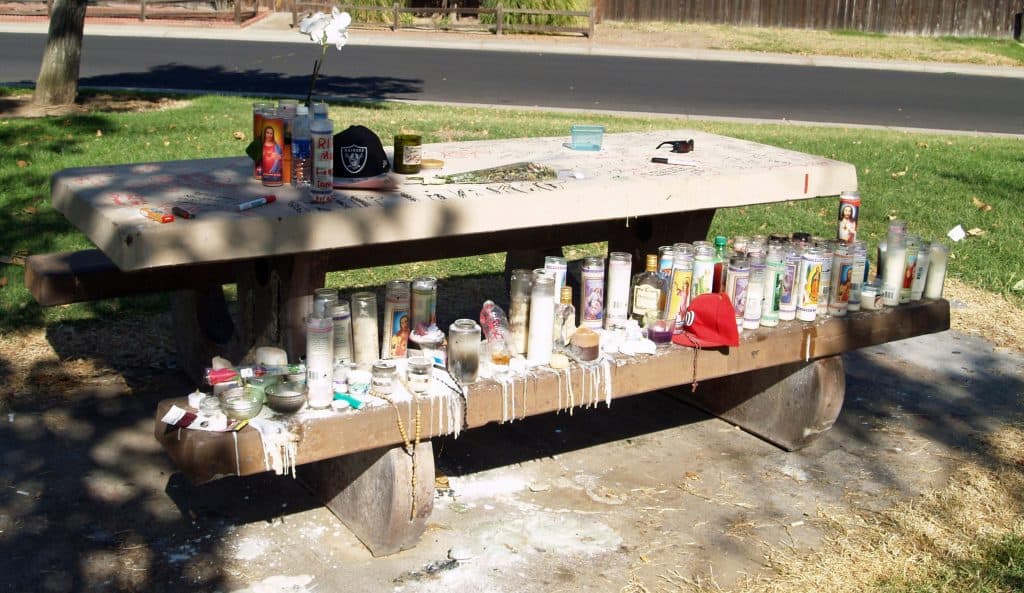 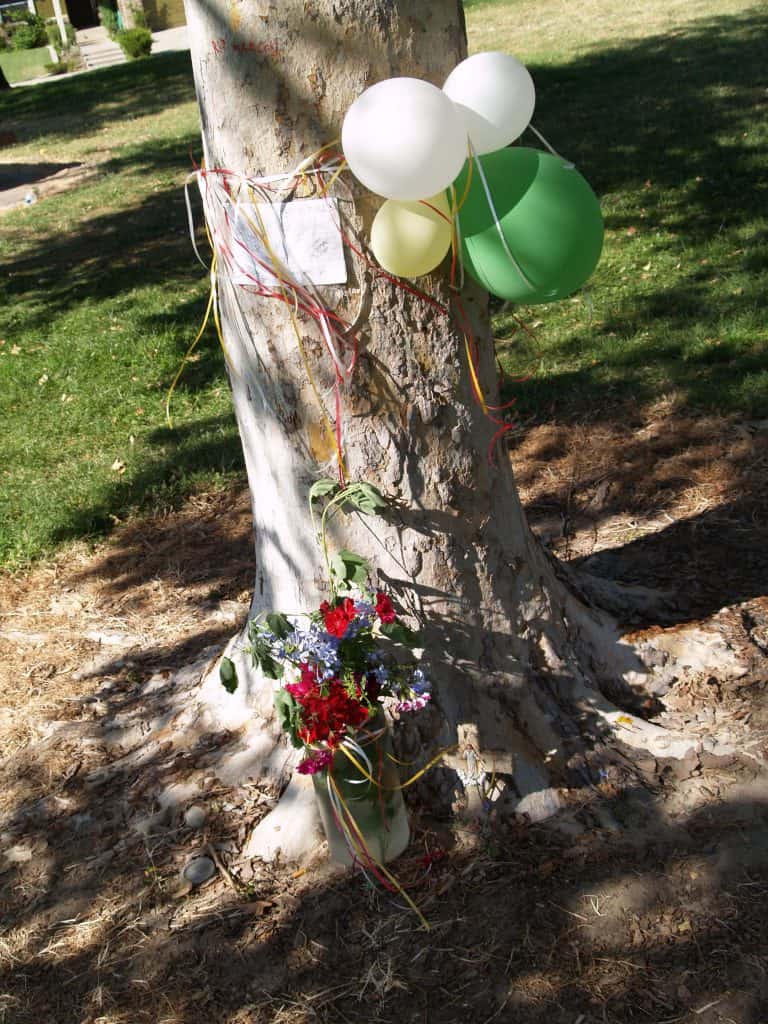 Within two days, a memorial of candles; flowers; balloons; liquor bottles; hats; ribbons; sunglasses; crosses; and writings to the 16 year old victim were found on two picnic tables and a tree. It appeared to me that he was well known and liked.

This was a tragedy that not only affected the victim’s family, friends, and former students, but it has created a great amount of fear for parents in this neighborhood.

Social media has exploded with comments placing blame, including the victim; victim’s family; police department response times; and poor city government. Only a few of the comments were ideas to combat the problem so this type of incident might not happen again.

What about the city government and police department?:

As of November of 2013, Manteca had about 1.21 police officers per thousand population and emergency response times were about 3 minutes. Not bad for a police department that lost 15% of its staff in 2009, when the economy tanked and the city was forced to make cuts. In fact, no city the size of Manteca or larger in San Joaquin county, has a better emergency response time.

Manteca is home to more than 50 public parks that span over 400 acres. These parks are included in an area of almost 18 square miles. How does an under staffed police department handle calls for service; make arrests; process those arrestees; write reports on those arrests and calls for service, and actively patrol every area of the city. The answer is obvious. They can’t without our help.

What can we do to help?

No one wants to find out that their child was involved or near an incident like this, but kids are drawn to fights as much as they are drawn to parties. Every chance you get, show your children written evidence of shootings. Guns will never go away and no law is going to stop anyone from getting one if they really want it. It’s a good bet that if a bunch of kids, (yes kids; Gang members are as young as 12 years old or younger) hang around together; at least one will have access to a weapon that they will tend to show off.

Your kids will retain what you show them and then it will be their choice what to do with that information. The more stories they see and hear about, the better chance their feeling of it won’t happen to me may dissolve some. The idea is to get them to either tell someone about weapons they find out about, or to stay away from people involved with them.

As examples:   Did you know about the shooting two weeks before this one at another park mentioned above. I can think of a local party shooting, numerous drive by shootings and a fight that resulted in the victim being buried by his friends so they wouldn’t get caught after they killed him. 12 miles north of us is Stockton. They tend to have shootings weekly there, and suspects from there come here to visit and do crime. What can you recall in your area? Tell and if possible show your kids. Make them aware and teach them that it is not a good thing to be around and that it can happen in your area.

Arguments between friends happen all the time and this type of crime happens more often than you might think. Think I’m wrong; research it.  Everyone involved in this week’s incident could have known each other and if that’s true they probably all knew about the gun(s).

Even at 1am in the morning, there were witnesses to what was happening. An argument in a park is a red flag and you should call 911. Keep yourself safe and give as much information as possible.  Don’t get discouraged by the number of questions and the time it takes to give information to the dispatcher. Police are on the way and they need to know the information for the safety of everyone.

As soon as possible write down what you heard and saw. It is a fact that if you don’t take notes, you may not remember details that are important to the investigation.

Watch out for each other and help move crime out of your neighborhood. Almost all police departments can help you set up a neighborhood watch program.

It is not a good idea for you to stand out and obviously record what is going on, but today in many crimes that is exactly what happens. Cell phones have made it very easy to do and surveillance systems that can see at night and record 24hrs a day are very valuable in identifying suspects and vehicles.

Many cases have been solved because a home surveillance camera could see the street and sidewalk. The crime could have been blocks away, but the suspect(s) and or vehicle(s) may have driven by. 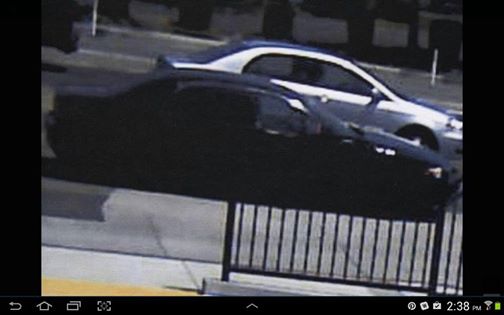 One example of this is a recent bank robbery in Stockton, California. A hostage was killed in the chase when a suspect used her as a shield.  A recorded surveillance video of the car that dropped the suspects off at the bank was distributed to the media, resulting in it quickly being located.

If you have a system and it might have something valuable for an investigation, check your recordings. If you find something, let the police detective handling the case know and save the video.

If you are considering installing a system, try to be as high a quality as possible, because the better the quality, the better the picture. You can buy complete systems, or start with a Professional Camera and Digital Video Recorder (DVR). Many DVRs now record to hard drive automatically; no tape to change. When the drive fills up, they start to record over what is already there. To save the video, it can be transferred to your personal computer and then to compact disk, thumb drive, or even tape.

The police need us. Don’t be afraid to help stop the violence by reporting crime. It could even result in a crime stopper reward.   This case is still under investigation. We will update this blog article when and if suspect information is released by the police department.

Be safe out there.