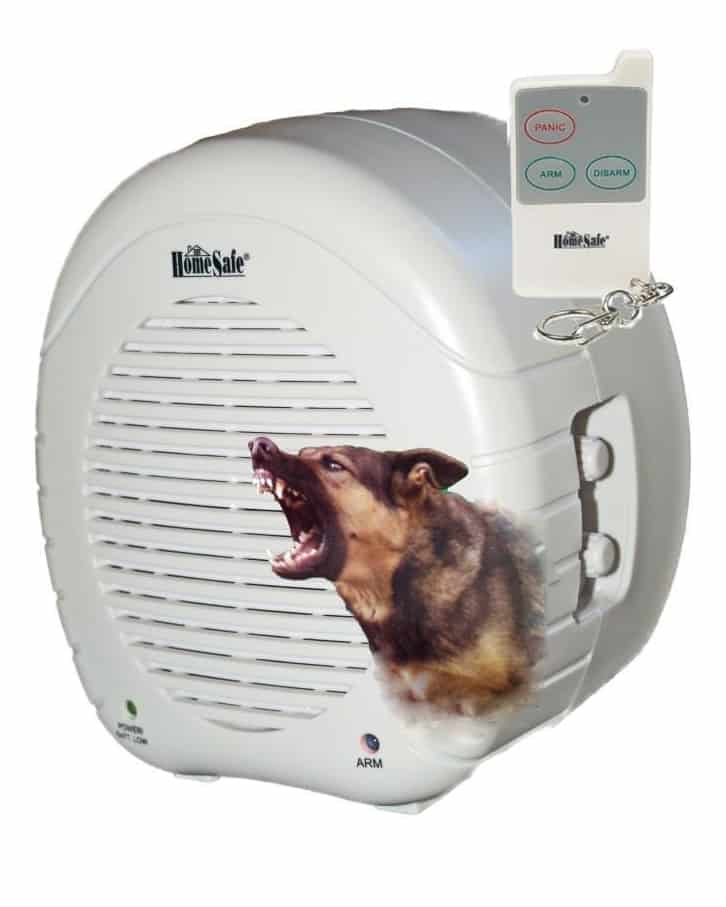 I was watching a situation comedy the other night that reminded me of how violated people feel when they have been the victim of a home Burglary. I thought about the Electronic Family Guard Dog alarm and how thousands of people are using it now to protect their property.

During the TV episode, the character’s apartment was burglarized. All his electronic equipment, compact music discs and movies were stolen. Not only did he loose his property, he felt much violated and even though he did not live alone, he developed a fear that he was no longer safe in his apartment.

He added extra door locks and an elaborate alarm system, but when he began hearing noises, even the extra security didn’t help him feel safe. He decided that the city he lived in was unsafe, so he decided to find a better place to live.

He researched the entire United States and found a small town with the lowest crime rate. He packed up his belongings and traveled to the new town. When he arrived, he was greeted by a young man who offered to help him with his bags. When he gave the bags to the helpful young man, he ran away with his bags.

This episode was fiction, but the point is that crime happens everywhere. You can’t move away from it.

Many victims I have spoken with over my Law Enforcement career had one thing in common. They all felt violated because their castle, the one place they felt safe, had been broken into.

The property was usually insured, but the suspects were never seen, so the victims now didn’t know who to trust, or if the suspect(s) would come back for something missed.

While people rarely move away because of a break in, they do take action and change locks, add security systems, and video cameras. This helps bring peace of mind, knowing you would be protected if there is another break in. But to ready, you need to be proactive and prepare for the probability that someday, your house will be chosen to see how easy it will be to break into.

There are many ways to protect your property, but for the rest of this article, I want to talk about the one I mentioned above.

The Electronic Family Guard Dog alarm takes Property Protection thinking a little out of the box. Most security systems sound an alarm after a break in has happened. What if your system could stop a Burglary before it happens?

Having a large indoor family guard dog is a good deterrent for someone thinking about breaking into your house; the idea being that another house will be an easier target than yours. Think about the last time you walked up to a house and were met at the closed door by a large sounding barking dog? If you are like me, and most people, it makes you think that going into that house is not the best idea. But what if you can’t, don’t have the time, or desire to care for a live animal?

The answer I found is the Electronic Barking Watch Dog Alarm. It gives you that large sounding barking dog without having to actually own a living animal to feed and clean up after.

The expandable Homesafe SafeFamilyLife Electronic barking dog alarm uses a unique Microwave sensor technology that can see through wood, brick, glass, and most other walls and doors. The only thing I know of that it does not see through is metal.

The main unit is placed in an area you want to protect. When motion is detected in the sensor area, the electronic family guard dog alarm will bark. If detection continues, the varied barking dog sounds will continue until motion is no longer detected.

Up to 16 additional sensors can be placed in the area of, or on doors, windows, or walls to protect other areas of your home. These add on sensors can also help to get around metal that blocks microwave signals. Although these do not see through walls, if entry to the home is made, that large barking dog will sound from the other room.

From outside the home, it sounds like there is a large barking dog inside the home; enough to make a would be intruder think twice.

The included remote control can activate, disarm, or set off the barking dog alarm siren with a panic button.

There are also settings to have the alarm chime or sound like a normal siren alarm.

The Electronic barking dog alarm is proactive thinking for your personal and home’s protection.

You can find out more about the HomeSafe Barking dog alarm at www.forsecuritysake.com and by clicking here to our sister site regarding the best barking dog alarms.