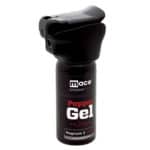 After serving forty plus years in law enforcement, you gain many memorable events that are stuck in your mind forever. Whenever I think of events involving self defense sprays, I can think of many, however there is one that almost always comes to mind first.

As a young patrolman on the graveyard shift, you can expect calls for service involving violence. One night, it was a fight that had moved to the parking lot at one of the well-known bars on the east side of town. It had been raining and the parking lot had many potholes and full puddles of water, but that didn’t slow this fight down which was still going strong when we arrived.

There were 20 or so people involved in this fight and three police officers against that number under the influence can get out of hand easily. Using a quick Siren burst usually will start to break them up, and in this case that worked, except for two men fighting intensely.

While one police officer moved the majority of the bar’s patrons away from the action, the other two of us tried unsuccessfully to break the two up.

Now at that time, police officers had three options of self-defense weapons: Mace spray, A baton, or long flashlight, and our hand gun.

I decided to try my defense spray as a next attempt to break up the fight without causing injury; well by us anyway.  Two things to try to remember when using a defense spray to break something like this up. The first is to let your partners know you are going to use it and the second is to try to stay up wind.

After that was taken care of, I sprayed for 2 to 3 seconds, dousing both men in the face area. It normally takes the human mind about two seconds to react to almost anything, but for one of these two it seamed immediate.

The fight broke up and while my partner held onto one of the participants the other went to his knees. He then went prone face down, and began to crab crawl around screaming in pain, until he found a 4-inch-deep puddle of water. He buried his face into the cold puddle and began to relax. He stopped screaming and at first, I thought that the water must have felt pretty good. Then I realized he had passed out face down in the 4 inches of water. After I pulled him out of the water so he wouldn’t drown, we had him checked and he was OK, just drunk.

Today’s pepper defense sprays work just as well as what we had then and in some cases they work better. We have many choices including the brands of Mace, Pepper Shot and WildFire.

While these sprays are easy to use, we also have practice sprays that you can use to get familiar with how sprays vs. foggers work. The more practice, the easier to use these can be.

You can find these products on our site:

Helping you to be safer and more secure in your daily lives is why we are here. 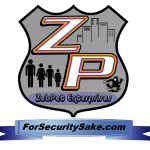